Dr Mary K Seely came to Namibia in 1967 to serve as Assistant Director (to Dr Charles Koch) of the Desert Ecological Research Unit (DERU), as Gobabeb was then known.She was drawn to Gobabeb by her fascination with the remarkable beetle fauna of the Namib.

Three years later, in 1970, Mary became Director. In collaboration with the Transvaal Museum and the South African Foundation for Research Development, Mary launched Gobabeb on the course that would make it a pre-eminent world centre for desert research. Among her collaborators was Prof Gideon Louw (University of Cape Town), who was one of the early scientific mainstays of Gobabeb. She and Gideon co-authored two books on the Namib desert, and several pioneering scientific papers on physiological ecology of desert animals.

Over the years, Mary was instrumental in developing conservation in the Namib Desert, culminating in the declaration of the Namib / Naukluft Park as a World Heritage site.

Mary was recently honored in a festschrift volume of the Transactions of the Royal Society of South Africa. The article, Mary Seely: Desert ecologist, torch-bearer for Namibia's sustainable development, may be read here.

Mary Seely and Gideon Louw, at the launch of their book, The Ecology of Desert Organisms 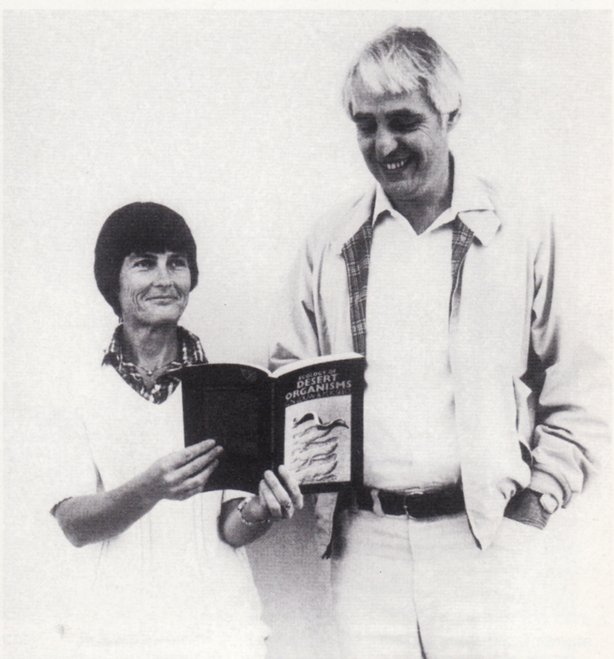